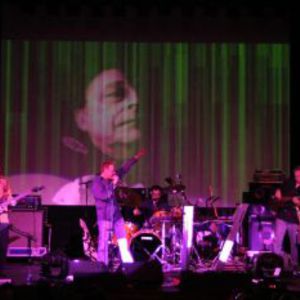 Although Man On Fire was officially introduced to the world through the release of their critically acclaimed self-titled debut CD in 1998, it was their sophomore effort, ?The Undefined Design? (2003) which took the modern progressive rock community by storm (Sea of Tranquility: 5 out of 5, Prog4You.com: 9.9 out of 10). This release also featured special guest David Ragsdale (Kansas, Smashing Pumpkins) on violin.

In 2005 Man on Fire released the concept CD, ?Habitat? based around the lives and experiences of the inhabitants of a single urban city block. The CD featured Adrian Belew (King Crimson) as primary guitarist, along with a return by David Ragsdale on violin. ?Habitat? would become the band's best-selling release, as well as their most critically acclaimed.

Built around the keyboards and vocals of producer Jeff Hodges, Man on Fire also includes the elastic fretless bass and muscular guitar work of Eric Sands, and the vivid word imagery of lyricist Steve Carroll. Collectively they knit together the signature Man on Fire sound, which has been described as unique, modern and adventurous with a refreshing lack of obvious influences.

Man on Fire is currently recording tracks for their fourth release to be entitled ?In a Sense? and is projecting an early Fall 2009 release.