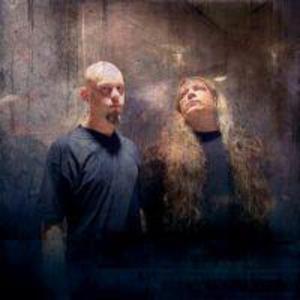 There are several bands using this name: 1. Lithium was a Swedish electronic industrial band formed by Johnny Hagel(previously in bands like Tiamat and Sundown), and Carl Nilsson(previously in Moth). They released their album Cold in 2002 which met with moderate success and tours to follow, including performances at festivals like M'era Luna. Work commenced in 2003 with a new album which was finished in 2004, but was never released due to problems with the record label, finally leading to the band being dropped altogether and disbanding shortly thereafter.

1. Lithium was a Swedish electronic industrial band formed by Johnny Hagel(previously in bands like Tiamat and Sundown), and Carl Nilsson(previously in Moth). They released their album Cold in 2002 which met with moderate success and tours to follow, including performances at festivals like M'era Luna.
Work commenced in 2003 with a new album which was finished in 2004, but was never released due to problems with the record label, finally leading to the band being dropped altogether and disbanding shortly thereafter.

2. This pivotal rock quartet was formed in 1993 by vocalist & guitarist David Owens following the end of his former band, Texas Flood along with guitarist Jay van Rensburg. Bassist Paul Opie, a respected and solid musician, joined the fold. David recommended Simon Portlock on drums and soon the foundations of Lithium were formed. The quartet gelled immediately and having completed outstanding separate bands and musical chemistry, became Lithium following the then genre of grunge hero's Nirvana, Pearl Jam etc.

They were guided and managed by Paris Lucas. He was best known as a DJ through the southern suburbs of Rock venues. Armed with a relentless marketing strategy, the group gigged Cape Town endlessly prior to their explosive debut in 1994 titled simply ?demo' with exceptional original recordings such as ?H.I.V?, ?Another Boring Sunday Afternoon? and the classic ?Obituary?. To coincide with the release of their debut recording an experimental ?concert' was held at Fish Hoek Senior High School as part of the aggressive marketing employed by their manager.

With the ?experimental concert' having been a success the group was already a headline act, drawing sell-out crowds across Cape Town however Jay van Rensburg decided to quit the band. To introduce their new guitarist, Ian Watson, they toured up to J-Bay Billabong Surf Classic where over two nights Lithium provided a glimpse of their future with Ian. The end result was a fan club being formed to keep the interest alive and gigged relentlessly around Cape Town to keep the momentum rolling. Included in this marketing momentum was being featured on 5FM's Battle of the Bands on Barney Simon's Night Zoo show. After several weeks of the group winning the event night after night the show was axed.

After appearing in several magazine and newspapers around the country, the group got to do a TV Spot interview which aired around South Africa. After this the 2nd concert was held at Claremont Civic Hall in Cape Town to a resounding success which resulted in the bands first Johannesburg tour and gig at ?The World On The Edge Concert? hosted by Phil Wright of 5FM. In 1995 the group headed back to Johannesburg and Durban to continue their South African domination. EMI soon noticed the band and were signed to a album & e.p. deal. Finally their first official debut ?Broken? was recorded in Johannesburg and released classics such as ?H.I.V?, ?Obituary?, ?Schizoid?, ?More Than Life? & ?Guilty?. All the while the recording was taking place the marketing steamrolled ahead releasing the 3rd Newsletter and 3rd T-Shirt. ?Broken' showcased the group's traditional fire and the album's release confirmed Lithium's position as one of South Africa's leading attractions. In concert, David's onstage persona provided the perfect foil to Ian's then reserved mercurial character, yet all four individuals took full command of the stage, the guitarist's versatility matched by his singer's unfettered roar gelled together by the relentless solid foundations supplied by Paul & Simon.

In September of 1995 Iron Maiden came out on their X-Factour and Lithium were assigned the opening act slot on a country wide tour. Confirmation of the group's ever-burgeoning strengths appeared on tour while MTV interviewed the group and aired the video ?Schizoid' in Europe further cementing their roots in South Africa and abroad. ?Be Strange? appeared on several compilation CD's across South Africa and aired on Radio. The final 3rd Concert at Claremont was showcased as a celebration of the debut album ?Broken' release. The concert was recorded & filmed live later to be released to their fans only via mail order.

In 1996 "Take Out E.P." was recorded in Johannesburg as part of the EMI deal and a Bandslam Tour of South Africa commenced with Nine, Springbok Nude Girls, Sugardrive and Squeal all sponsored by Benson & Hedges hosted by 5FM's Barney Simon. It was directly after this tour that the contract with EMI was terminated which left the group to pursue a creative tour de force. During 1997 the group toured the country self promoting and writing new material soon takes the shape of an impending independent release recorded in Cape Town.

In 1998 the moody & energetic "Zennon Supertroopers" is now also lauded as a Lithium masterpiece. ?Impending?, ?Green Scooter?, and ?Slice? saw Lithium at their immediate best. The Lithium Marketing machine continued to march on with various T-Shirts and newsletters being released to the fans all the while Lithium continuously toured South Africa. As an independent release, ZST, was a true musical masterpiece, however soon after in 1998 the band fire their manager.

1999 and money constraints reveal the experimental ?Century Depravation? was recorded on Lo-Fi yet when the accustomed power was unleashed, notably on "Aesop", ?Swarm? and ?Big White Beast? the effect was inspiring. A concurrent Johannesburg & Durban tour takes place. It was the end of 1999 when Lithium played their final ?band' gig in Cape Town and due to Record Companies not wanting to take a chance on Rock music, the group had retired.

In 2005, 2006 & 2008 Lithium did reunion festivals and gigs. Lithium still gave full rein to the quartet's diverse interests and growth that left the fans wanting more.