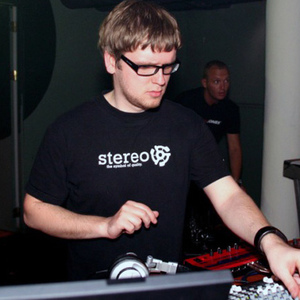 Kowalski was born in 1978 in Greifswald, Germany. He moved to Berlin with his family in 1986. In the beginning of the 90's the first techno releases from Detroit came to Berlin, and Kowalski was a big fan of those. Later on, he started making music on his Amiga, and in 1997 he bought equipment with a friend and arranged a studio. His first production "The Wide Theatre" was then released on the Tresor Headquarters Compilation (Tresor 094) under the name DisX3. That kick-started his career.

Techno has many faces - and in recent years, with the emergence of Alexander Kowalski, the German Techno scene has gained a new shooting star. At the end of the nineties he became known through his first live acts in Berlins' most known techno club, Tresor.

In 2002 he made his musical break-through with the release of his second full length, "Progress", an album which was highly acclaimed by both fans and critics alike. Today Alexander Kowalski is a new star in the Techno sky, and a greatly demanded live act, producer and remixer.

Kowalski elegantly fuses elements from classic Detroit and historical Berlin techno sound. His affection for sophisticated bass lines, deep beats and challenging arrangements breathes new life into Techno. He knows perfectly how to program his tracks to sound straight, deep, housy, dubby or funky - and this versatility is one of the reasons for his reputation under both ravers and underground-oriented techno nerds.

In August 2003 his new album "Response" appears on the German label Kanzleramt - and the critics are already enthusiastic: Kowalski is on the front cover of Raveline and Groove (08/2003), the two most important German dance music magazines.

Responded: A Collection Of Remixes