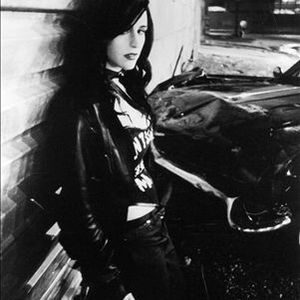 Lennon Anne Murphy was born on March 31, 1982. She began playing piano at a young age and performed her first gig in front of people when she was fifteen. One day, Lennon came home after school to find her mother, her only parent, dead in her closet of an allergic reaction to some pills she had taken. This was just a few days prior to Lennon's eighteenth birthday and Lennon's signing with Arista records.

Still, Lennon prevailed, fought for custody of her younger sister Mariella (which she eventually won), and released her debut album, "5:30 Saturday Morning", on September 11, 2001. Her only single from that album was a song called "Brake of Your Car".

Lennon then opened for such bands as Alice Cooper, The Cult, Otep, Mushroomhead and Drowning Pool to name a few.

Lennon later released a strictly acoustic album entitled Career Suicide. It was just Lennon and her piano. Most songs were remakes of songs from 5:30 Saturday Morning but the new ones were also well received. She released it independently on the label John Galt Entertainment, as she had left Arista.

She remained touring including the Girlz Garage tour. She released her third effort, I Am, on different labels in different countries. It is not yet available in the United States.

She is currently working on new songs and touring.

Also, her follow up album will not be called "I AM" in the United States but "Damaged Goods".

Lennon can also be found as a model on Suicide Girls.