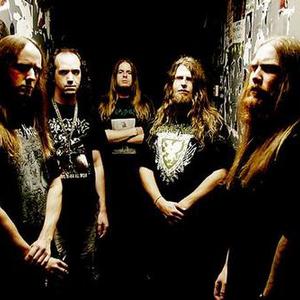 Since their debut in 1997, Lecherous Nocturne have established themselves as a force to be reckoned with in the Southeastern metal scene, landing a deal with Unique Leader Records on the strength of their self-titled EP and their desire to expand the already-extreme boundaries of thrash, black, and death metal. Powered by the dense, interlocking riffs of guitarists Kreishloff and Ethan Lane,Lecherous Nocturne strips their metal right down to the bloody bones.

Their recently released full-length album The Age Of Miracles Has Passed delivers a killing stroke and then slips away before you even have a chance to brace yourself. Lecherous Nocturne are poised to take the Metal world by storm, This release promises to be one of the most original, abrasive, and unforgiving Metal albums ever recorded, with Lecherous Nocturne being a name that calls to the higher ranks of Extreme Metal for some time to come...

Adoration Of The Blade