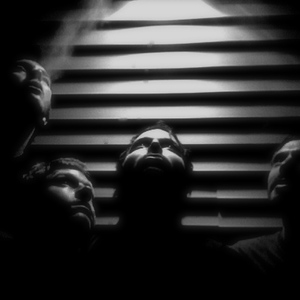 Lazy Genius are a Rock 'n' Roll band from Grand Rapids, Michigan. They formed in 1999 as a creative outlet for friends Patrick Wieland (Guitar, Vocals, Piano) & Daniel Wier (Drums, Vocals) who were influenced by such bands as Sunny Day Real Estate, The Pixies, and Built To Spill. They released their first album "Their One Good Album" in 2000 with Dan Reed (Guitar, Vocals) & Blake Lynch (Bass Guitar) rounding out the lineup. After the departure of Lynch in late 2000 the band took a break.

The remaining members worked on various projects while Wieland worked on achieving a degree in English at Grand Valley State University. The band reformed in 2006 with new member Dennis Petrie (Bass Guitar). In 2007 & 2008 Wieland worked as the drummer for local friends The Montana Boys (also known as GrrRoPolis) who opened for The Breeders on their "Mountain Battles" tour. Jon Bruha (Mavericks & Monarchs) was enlisted to replace Reed in early 2008. The band proceeded to write material for their second album "Strange Plains, Dark Grooves", which was released on Wieland's label Broken Wing Records in late 2009. Upon the release of Strange Plains Bruha took a hiatus from the band and was replaced by Douglass Rovinsky (Guitar, Vocals). The summer of 2010 saw the release of a split 7" with local friends Pistolbrides (also with Wier on Drums/Vocals) featuring Strange Plains single "Let It Spill" and previously unreleased track "Golden Light". Bruha rejoined the band in late 2010 immediately following the departure of Rovinsky. The band is currently working on material for their next album expected to be released on Broken Wing in 2011.