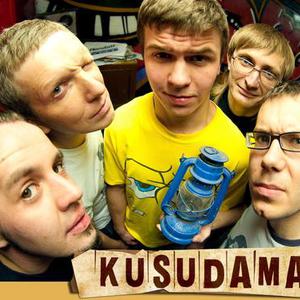 What have to lead a musician to start a radical experiment with jazz? Somebody needs to unite in one team, as it was happened with a "Kusudama".This Belarusian band started at 2009. They hadn't spent much time for throes of creation and investigating, but immediately decided to play "jazzcore". Mixing jazz with mathcore and adding it all with humor and colorful healthy schizophrenia, and in 2010 they have published their debut EP "JazzTV", which has been spreading on the network.

The first reviews appeared in Italy, where the band was compared with such monsters of jazzcore as Zu and Naked City. During the year Kusudama performed at the "Days of Right Belarusian music in Kiev "(UA) and a number of prestigious Russian festivals (MathcoreFest-2, SKIF-14, "Pustie Holmy"). The band attracted various audience - from the academic jazz amateurs to grindcore fans ? for their performances. Nowadays they're working at their full-format album in the studio.
You see, all of interesting are to be in future?