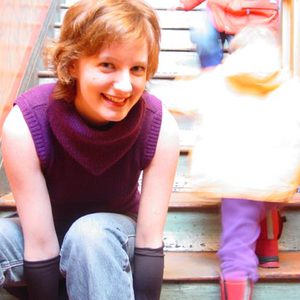 American singer-songwriter Kate Callahan, a native of Hartford Connecticut, was nominated for a CT Music Award in 2012. Callahan's lyrics have been called ?zen-like? by folk legend Noel Paul Stookey (Peter, Paul, and Mary). WNPR Host Colin McEnroe says ??she swings out and away from influences, where startling music is made --Kate deserves to be called an artist these days.? Kate's third album Two Doors was produced by Jim Chapdelaine (Grammy nominated and 13 Emmys) and is an expression of optimism, exploring themes of reincarnation, marriage and spirituality.

?There's nothing quite that simple about Callahan or the music she makes,? says The Hartford Courant. She has traveled the U.S performing and opened shows for legends Judy Collins, Noel Paul Stookey, the duo Aztec-Two-Step, John Gorka, the late Bill Morrissey, and an appearance alongside Regina Spektor.

The Influence of Red: Re-Release

The Greatest of Ease