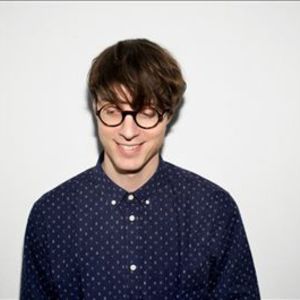 Danish DJ and producer Kasper Bj?rke is a man with a mission. To make beautiful music that comes from the dancefloor but is also great to listen to in your living room or riding your bicycle. Titled ?In Gumbo' to demonstrate the versatility of sound and the mix of people involved, the album is destined to become and electronic classic. Kasper is also one half of Copenhagen's Filur (V2 Scandinavia) with partner Tomas Barfod (Tomboy/Who Made Who) but this is his first solo album.

Borrowing from synth fuelled club music, New York Punk Funk and intelligent pop music he has crafted a subtle, outstanding album. Vocals come courtesy of Icelanders FM Belfast and Blake (Gus Gus) as well as New York angelic sisters The Pierces (Lizard King). Kasper also enrolled the services of Liquid Liquid's Dennis Young whose classic percussion brings a great live feel to ?Liquid Propagnosia'. The first single ?Back & Spine' gets a great acid remix by Tomboy and Trentem?ller is remixing the second single ?Humming Song'. The music Kasper has created with ?In Gumbo' proves he is a phenomenal producer and when you hear him DJ you realize why he is a household name in Denmark: he rocks the dancefloor, currently holding down a residency at the legendary club VEGA in Copenhagen while still travelling around the world to DJ at clubs and festivals, most recently in Beijing, Berlin, Barcelona and Reykjavik, where he is also booked for the renowned Iceland Airwaves Festival 2007 in October.

Lose Yourself To Jenny (With Jacob Bellens) (MCD)

Deep Is The Breath : Remixes (EP)