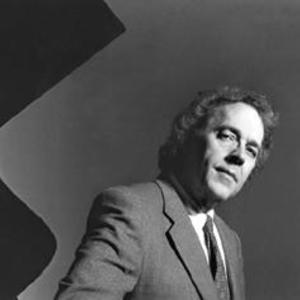 Mr. Pierce grew up in New York City, studying at the Juilliard School of Music, pre-College Division where for seven years, he was the recipient of the Heckscher Foundation Award, as well as awards from the Manhattan School of Music, and Columbia University. He also studied at the Cleveland Institute where he received the Victor Babin Award. Many more awards would follow during his career. His principal teacher and mentor has been Dorothy Taubman; he also did extensive chamber music work with Bernard Greenhouse, Joseph Seiger and Artur Balsam.

Mr. Pierce has performed internationally as solo recitalist, in chamber music performances, with Russia's famed Leontovich String Quartet, as well as with many of the major orchestras of Western and Eastern Europe, the U.S. and Latin America. He has given historic performances of works by Charles Ives and John Cage in Russia where he received outstanding reviews and audience acclaim. Pierce's 2003 World Premiere performances of Michael Harrison's "Revelation" absolutely stunned audiences in New York. His performances in April and May of that year were sold out and greeted with standing ovations. Allan Kozinn of The New York Times described Joshua Pierce performing this work as an "eloquent new-music pianist." He has since performed the work in Los Angeles and the European premiere at the American Music Festival in Wroclaw, Poland. His performance of Revelation was recorded for webcast through American Music Center's NewMusicBox webmagazine.

In broadcast, Mr. Pierce has been heard nationally on NPR and PRI International, in New York on WQXR-FM, WNYC-FM, as well as on WFMT/Chicago, Morning Pro Musica on WGBH/Boston, plus radio and television across Western and Eastern Europe and Asia. He has also been heard on such nationally syndicated programs as John Schaefer's New Sounds, George Jellinek's First Hearing, Peter Schickele's Schickele Mix, National Public Radio's All Things Considered and David Dubal's American Century and Reflections From the Keyboard. Mr. Pierce's November 2001 concerts in Bratislava, Slovak Republic, produced the first simulcast performances in Europe of George Gerswhin's complete and restored Rhapsody in Blue and the Concerto in F for the European Broadcasting Union via Radio Slovenska. The concert was simulcast in 19 countries throughout Europe.

His 20-year association and work with the late innovator-composer John Cage, is legendary. Mr. Pierce's landmark series of recordings of Cage's keyboard music for the German label Wergo: John Cage, Works for Piano and Prepared Piano Volumes I, II, III, IV and Sonatas and Interludes for Prepared Piano have received many prizes, much critical acclaim and in 1991 won the Prieses Der Deutschen Schallplattenkritik.

In May 2000, Mr. Pierce made music history by becoming the first pianist ever to perform John Cage's Sonatas and Interludes for Prepared Piano, Daughters of the Lonesome Isle and the Three Page Sonata by Charles Ives at the Alternitivo Festival of Contemporary Music 2000 in Moscow, Russia and at the 4th ISCM Festival Europe/Asia 2000 in Kazan, Russia to great critical acclaim. Mr. Pierce continues his association with the American Festival of Microtonal Music, Inc. (AFMM), having been the organization's official pianist and Artistic Advisor. In 1996, Johnny Reinhard brought his realization of Charles Ives' Universe Symphony to Alice Tully Hall with Mr. Pierce as pianist. They have performed together throughout Russia, Europe and the United States since 1983, presenting a wide variety of composers including many important works by John Cage, Harry Partch, Phillip Corner, Charles Ives and Ivan Wyschnegradsky.