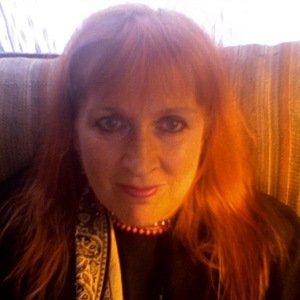 Jan Pulsford honed her musical skills in London amidst the electronic and hair revolution of the 80s. She crafted her keyboard playing, programming and composing skills writing jingles, library music and scores for independent films. Her unique quirky brand of electronic orchestration was soon in demand and her music won awards at the New York Film Festival. After a succession of sessions, TV and tours with artists ranging from the Buggles to Bananarama she joined the Thompson Twins and toured the world as their keyboard player.

After a succession of sessions, TV and tours with artists ranging from the Buggles to Bananarama she joined the Thompson Twins and toured the world as their keyboard player. The "Future Days" Tour brought Jan to the USA where she eventually settled building her own studio English Valley Music in the woods of Tennessee.

Her production company Madame la Pulse Productions developed many independent artists including Felicia Collins who went on to become the guitarist for Late Night with David Letterman alongside Kat Dyson and Sir Jam who both became members of Prince's musical entourage.

She spent most of the nineties working as Cyndi Lauper's co-writer, producer and touring musical director. Touring the world together, their partnership spawned some of Lauper's most artistic and critically acclaimed work. Over twenty songs were released on Cyndi's albums "12 Deadly Cyns" ,"Sisters of Avalon", "Merry Xmas" and "Shine" with the singles, "Come on Home", "You don't know" and "Cleo and Joe" becoming remix hits in the clubs.

As a songwriter she has written for Cyndi Lauper, Steps, Darlene Love, Happy Charles and even wrote the prestigious UK Song for Europe with over twenty albums of music for film and TV released. She is currently writing the Great American Songbook Part 3 with jazz great Chico Freeman.

The millennium saw Jan jumping feet first into a new century of technology whilst coming full circle meeting the "new" term "electronica". She became a beta tester for Logic Audio's Rocket Network where she met legendary sax player Chico Freeman. The two have written an impressive amount of music including scoring for the Audrey Tatou film "At the End", music for "The Leaders" and "Guataca".

A pioneer of on line collaboration Jan records with people all over the globe and is currently mixing jazz with electronica triphop and dance rhythms. She works with electronica artists under the name aTHeNa BLue.

Jan's collection of "BeATOne" music is used in healing spas all over the world along with Merlyn's Magical Music which is a collection of children's music recorded in 1990 and used in Autistic healing and Cancer Camps and hospitals for the last 16 years.

Mixing vintage with modern technologies her award winning quirky brand of electronica, which she calls MuSiC 4 MoViNG iMaGes, has long been used by film and TV producers all over the world. She is currently working with 5250 music and One Stop Productions providing music for independent films and multi media projects

aTHeNa BLue's "ReQuieM FoR eLViS aND JeSuS" has been performed many times as a tribute to the war dead in Iraq.

The most recent performance was as part of the Yuri's Night Global celebration in Second Life where she is developing the music ALL music Peace Park with regular concerts and radio broadcasts on mAm rAdio and simulcasts with Cypress Rosewood.

She continues to mix electronica with jazz with Chico Freeman in various recording projects such as Zolace and the Project plus CJ7, 3kstatic and the Experimental Division.