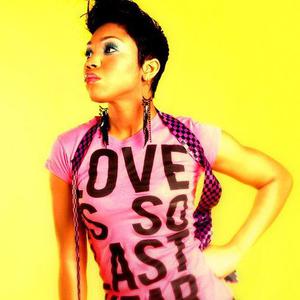 Jade Harrell counts Michael Jackson, Johnny Cash, John Mayer, Israel Houghton and the Zombies among her favorite artists. Given she enjoys such a disparate group of acts, it makes sense that the singer considers herself much more than an R&B/hip-hop styled chanteuse. One listen to her electrifying, ambitious debut album, Class Reject (Revolution Art), and it becomes clear that Jade's distinctive blend of eclectic music from a thoughtful point of view contains a passion and perspective rarely heard in modern popular music.

One listen to her electrifying, ambitious debut album, Class Reject (Revolution Art), and it becomes clear that Jade's distinctive blend of eclectic music from a thoughtful point of view contains a passion and perspective rarely heard in modern popular music.

Growing up in Middleburg, Fla., about 30 miles Southwest of Jacksonville, Jade struggled to find acceptance among her peers. She was teased because of her distinctiveness and far-reaching interests, while being made fun of for her firm stance on abstinence. Jade's experience lent itself to inspire the title of her label debut.

?I see the world as a big classroom, and because I am a Christian, as well as a strong advocate for abstinence until marriage, I'm automatically rejected by most of the world,? Jade says. ?That's not how the world does it.?

Fortunately, Jade didn't succumb to peer pressure and ultimately she was rewarded for being herself. When she was 13, a keyboardist in her church noticed her vocal talent and started using her as a background singer. This work earned the attention of Revolution Art, owned and operated by positive hip-hop stalwarts GRITS, who were impressed by her artistic prowess and versatility.

?When I first heard Jade, I thought, ?this young girl has such great talent, how could I not work with her!' says GRITS' Stacy ?Coffee? Jones. ?The signing was just a natural progression. She reminded me of GRITS when we first signed with Gotee. She's already writing her own songs, she's passionate and knows what she wants.?

This passion and sensibility are evident on her first release, which regularly journeys from one genre to the next while remaining compelling and captivating. The Motownish feel of ?Don't Leave,? for instance, serves as a fervent backdrop for this love song to God, while the celestial ?Only Human? augments her resolve not to be overcome when seemingly grand challenges present themselves.

Jade shifts gears on the club-styled ?Me And My Radio,? an ode to her affinity for dancing, and then again to an electronic sound as the backdrop for ?Broken,? an exercise in exorcising her inner demons. On the comforting ?Rain,? she sings about retaining one's strength and faith in the face of adversity.

?I had so many problems and I didn't know what the source was,? she says. ?When I put them out there, it was easy to write about them, think about them and sing about them. I want to encourage people to open themselves up and to be real. I think that's the easiest way to find out who you are.?