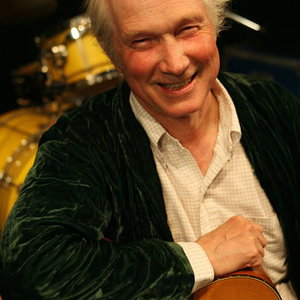 Jack Hardy is "a more literate Celtic Townes Van Zandt, grave in his tone and generous in his ideals, as rooted in the present soil and sky of Ireland and America as he is fascinated by the legends of the past" (Roy Kasten, St. Louis Riverfront Times, February 3, 1999). It is a strange mix of themes ranging from the American West to the ballads and jigs of Celtic ancestors that somehow seems to make sense in the musical world Jack Hardy has created.

It is a strange mix of themes ranging from the American West to the ballads and jigs of Celtic ancestors that somehow seems to make sense in the musical world Jack Hardy has created. And it is a separate world to which the listener is transported; a timeless place inhabited by tinkers and cowboys, saints and sinners, elves, virgins and crones. From his extensive travels and reading he has forged an endearing non-academic approach to literature, one that is more at home in the pub than in the classroom. "He clearly seems to enjoy making his listeners think. He may dare his audience to figure out what he is saying, but he also credits them with the intelligence to do so" (Tom Nelligan, Dirty Linen, 1998).

In Europe, where Hardy has toured extensively for over 20 years, he is accepted as an ambassador for American music. In an Italian encyclopedia of rock Jack has a larger entry than many prominent rock stars.

"Nothing adventuresome is created in a vacuum," Jack says, "you get people together and the creative sparks fly." The weekly songwriters workshop which he has hosted for many years taught and nurtured countless songwriters, not the least of which are Suzanne Vega, John Gorka, Shawn Colvin, Richard Shindell and David Massengill. The Fast Folk Musical Magazine, which he founded and edited, released the first recordings of most of the artists currently headlining folk festivals. This collection of over 100 compilation albums has now been taken over by the Smithsonian.

Gregarious and outgoing when talking about his songs and songwriting in general, Jack fiercely guards the privacy of his personal life. Jack Hardy was born in Indiana, his father a musician, his mother a painter. He grew up in New York, Colorado, and Connecticut, studied opera and literature in college.

In 1998, Prime CD reissued his first ten albums in a box set as well as his eleventh album The Passing. In 1996, BCN Records released a tribute album The Songs of Jack Hardy: Of the White Goddess, a collection of his Celtic ballads (all sung by women). In 1997, Jack was the recipient of The Kate Wolf Memorial Award, given yearly to "an artist who makes a difference through his music" by the World Folk Music Association. In 2000, Prime CD has released Jack's twelfth album Omens.

Omens was recorded live to 24 track analog in two days, using the vintage recording equipment of Prime CD's Theater 99 recording studio in New York City, with no overdubs. The fourteen songs range from the uptempo Celtic "Sile na gCioch" where a tinker finds a dress on the side of the road and gives it to a young lass, to the majestic "West of Dingle" where a woman faces a choice between her lover and her fiddle; from the biting barrage of juxtaposed media images of "I Ought to Know" to the romantic ballad "Only One Sky" and back to the uptempo humorous Clancy Brother-ish "The Boney Bailiff." This album takes you on quite a musical voyage with some of Jack's best poetic imagery, but it is the sweeping beautiful melodies that carry these songs directly into your memory. The players include Jack's current touring band: Tom Duval on electric guitar and harmony (also heard on Jack's albums The Hunter and Civil Wars), Mike Laureanno on Hofner bass and harmony, Dave Anthony on Drums (also heard on Jack's album The Passing), and Kate MacLeod on fiddle. The album also features a buried bonus track containing 19 minutes of Suzanne Vega interviewing Jack on the subject of songwriting. Hardy's 16th album, Rye Grass, arrived on Great Divide in 2009. Jack Hardy passed away on March 11, 2011.

The Nameless One (Vinyl)

The Mirror Of My Madness (Vinyl)