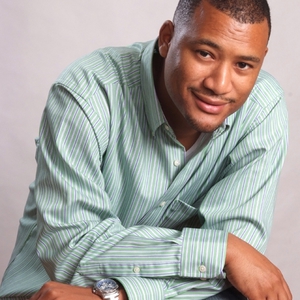 Artist Name: Irel Birth Name: Irel Wong Birth Place and Date: Bull Bay Jamaica November 1974 Official Bio With his debut album titled ?My Allegiance? set to release in October 2008, Irel is certainly not new to the gospel reggae arena. A native from Bull Bay Jamaica, he has always stayed true to his island roots even though he now resides in Miami, Florida. Irel has performed at quite a few concerts and the response has been the same every time ? just astounding! Even prior to his debut release, Irel managed to acquire a following that was thirsty for an album from him.


Official Bio
With his debut album titled ?My Allegiance? set to release in October 2008, Irel is certainly not new to the gospel reggae arena. A native from Bull Bay Jamaica, he has always stayed true to his island roots even though he now resides in Miami, Florida. Irel has performed at quite a few concerts and the response has been the same every time ? just astounding! Even prior to his debut release, Irel managed to acquire a following that was thirsty for an album from him.
Irel started writing his own lyrics to reggae beats after being influenced by reggae artist Garnett Silk. It was during that time that Irel started seeking the Lord upon hearing the words and messages that would radiate through Garnett's songs. According to Irel, ?Garnett Silk's songs came at a time in my life when I needed a lot of guidance and direction?. Irel started reading his bible and eventually committed his life to Christ in 1994. After receiving Christ as his personal savior, he continued to write lyrics but this time the words were different. He has a desire to continue the legacy that was given to him through reggae music, and that is to sing songs that will draw people to the realization that God is real. As his life was changed, he now uses his music as a God given instrument to help someone towards a positive and transformed life.
The album boast twelve tracks and is set to bring life and inspiration to any listener, young and old alike. Working with music veterans DJ Frost and Monty G, one can expect nothing but flavorful rhythms and arrangements that will transcend to the casual, the conscious and the dancehall listeners. One word of caution, Irel takes no responsibility for the urge to keep turning up the volume! Irel has also taken a very solid step in his music profession by forming his own record label, AriJon Records, LLC. With ?My Allegiance? as the first album to be released under the label, it's no doubt Irel has laid a foundation with a statement that you can expect more from him in the near future!
Irel currently serves on various leadership boards at his home church in Florida. He has credentials with an Exhorter's license and a BA in Theology. He is also currently seeking to become an Ordained Minister.

Exclusive Interview with GospelReggae.com
GR: Tell us about yourself, where you were born and grow up, what your family is like, etc...

Irel: I was born in a small area in Jamaica called Bull Bay. I grew up with my mother for most of my life but lived with my father for about two years prior to moving to Florida. Even though my family didn't have much they taught me values that I keep to this day and pass on to my children. Values such as how to do with little and how to do without, how to enjoy every moment even when there's not much to be happy about, and never forget where you are coming from. Growing up I didn't have video games or a bicycle or stuff that kids take for granted nowadays but I took advantage of the beach. I lived close to the beach so I practically went every week.

Irel: I began doing music after I started listening to Garnett Silk. His songs were powerful and got me thinking about God seriously. I eventually bought a bible and read the whole thing. After a while I started to write songs and would record it and have my friends listen to them hoping that I could get them to think about God also. They didn't care much for the songs back then but I kept at it.

Irel: My favorite song is ?My Allegiance?. It's a song that I poured my heart out to the Lord pledging my allegiance to Him above all else, despite what circumstance I am faced with. I had fun writing this song and it's also a constant reminder to me when I feel like saying ?no? to God. It helps me to keep surrendering my all.

Irel: Phil 4:13 ? ?I can do all things through Christ who strengthens me?. I have used it many times when I feel like I am going to fail or I feel like I don't have certain abilities to succeed. This verse has helped me overcome a lot of personal struggles.

Irel: I love cruising and I do at least one every year. There is something special about looking around you and all you see is the vast blue ocean as far as the eye can see. It's very relaxing and rejuvenating. It allows me to distance myself from everything and get new perspectives and insights.

GR: What is the best audience that you have ever played in front of?

Irel: I must say that the release concert at my home church has been the best so far. Since this is my first release, I am still in the process of getting to know different audiences and the reception from each one.

GR: What country would you tour (even if you didn't get paid to perfom)?

Irel: Africa or Europe. I have never been to either and have always admired the natural beauty of both places.

Irel: I am asking myself, ?What message or thought do I want to leave with this crowd??

Irel: Definitely on the road as you get to react and interact with people of all walks who respond to you on a personal level.

Irel: Seek God first! Get grounded in the word and in your faith. Singing is good but if God is not with you it's not worth it. When you are grounded in your walk with God, it will radiate through your songs. Don't let your motives be for popularity, gain or self fulfillment. There are enough of those out there already. Choose to please God.

Irel: Music is a passion for me. I love writing and singing and each song I write I am always thinking about someone who would benefit from it. My desire is to get people to start thinking about God seriously and not just have Him somewhere in the back of their minds. It all starts in the mind and if people start thinking, then hopefully they will be drawn closer to Him. I enjoy singing as it also allows me to use my creative side to not only write a song but to write it in such a way that people can relate to, enjoy it and at the same time get a good message.

Irel: I am currently writing some songs for my next project but I am going to wait until another year and a half or so.

Irel: Everything I do revolve around my faith in Christ. God has called me to be a light and singing gospel reggae is just one area of my life that I am able to be that light. People sometimes underestimate the power of music but God is using all means necessary to get the attention of mankind. I sing gospel reggae because I can hear a voice within telling me that there is some lost person out there who won't go to a church, who won't watch a sermon on television but will listen to a reggae song that will make that eternal difference in their life.

Ministry
To sing songs that will draw all people to the realization that God is real and to increase positive thinking.