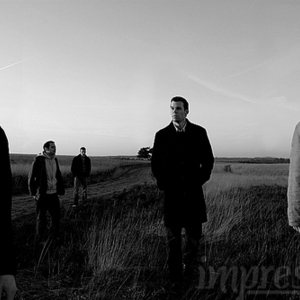 Since the founding of this young poprock band from Gouda and The Hague (in the summer of 2003), the course of life of Impression has known many highlights. It all starts when Brendan Troost (vocals), Arnout van Leeuwen (guitar) and Daan van Schijndel (drums) decide to "...do something with their musical wants and needs. When Teun van Schijndel (guitar) and Tjalle Boorsma (bassguitar) join forces, the unorganised mess is complete, and that's where all the adventures in the big world of rock 'n roll begins.

The inspiration for the band comes from every corner of the rockworld (from U2 to Coldplay to RX Bandits to Audioslave to Incubus). For that reason, the genre of Impression can best be named as "rock".

The first demo-CD shows up in November of 2003 and the first few performances (in and near Gouda) follow quickly. Then, Tjalle decides to leave the band and Ridzert Beetstra takes his place. Some month later, the first bandname "Sincere" is replaced by "Impression".

After a turbulent time with many shows in the region and some other publicity stunts, the band decides to make a new demo-CD, containing 5 new songs. At the 28th of May of 2005, the new CD "There's More To Explore" is released at Spring Pop (Gouda).

In the early months of 2005 (until the summerbreak) Impression gave some more shows, again twice in the club So What, where the band takes home the Public Award during the Highschool Music Competition, but also several shows in The Hague (the Pater, Musicon) and in Amsterdam (CREA). Due to private circumstances and the commence of the summerbreak, Impression decides to go on a three-month R&R period. Their return in September of 2005 makes bandfounder and guitarist Arnout decide to leave the band because of lack of time. After a short reorganisation, the new four-piece Impression heads towards a new season full of shows (LVC Leiden, CREA Amsterdam, HPC The Hague, So What Gouda) and the writing of some new songs, various in their style as ever. On stage, it's going to be one crazy mess, with loads of energy from the man-on-the-mic, smouldering guitar strings, a jumpy bass player, flying drumsticks, but above all good rock music.

It's 2006: Impression gives several performances in The Hague and suddenly there was a live recording. Caf? Paard van Troje became the location, the 19th of April became the date, and in May 2006 the new live-CD was presented online. "Live @ Caf? Paard van Troje" contains 7 rocksongs. Four new ones, followed by three oldies.

May 2010: Impression changes it's name again. Now they call themselves "We Gimmick"