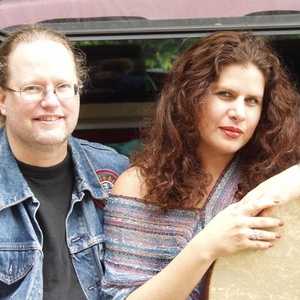 Hobbyhorse's music is in the spirit of experimentation and the expansion of the imagination. They take psychedelic folk/rock into the present day with their poetic songwriting and adventurous arrangements. The duo has returned to the stage with their mythology-themed shows after a year in the studio recording their latest full-length release "Break in the Clouds," including the Ancient Ways Festival in June and the Palo Alto Art and Wine Festival in August.

The musical duo also spent the last year building an online music and art venue called Hobbyhorse Cafe, featuring their music and art as well as that of a growing lineup of talented guest musicians, artists and poets. The Caf? offers an innovative pricing system called "Conscious Choice Pricing," allowing fans to choose how much they pay for downloads and merchandise.

"With all of the controversy about sharing music on the web and talk about how much music is or isn't worth, we decided to let people decide for themselves," explains Phil, the other half of Hobbyhorse.

Break In The Clouds