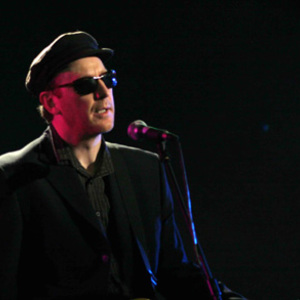 ?Trouble is, see?.when you're 25, your biog's tiny?but when your 50+, it's huge, man! (but stick with it? it might be worth it? Or scroll straight to 2008!? 1955 Born?Hull, East Yorkshire 1975 Moved to Liverpool?enrolled at Liverpool Art College??cut off hair, took in flares? 1976 ? 81 Founder member of (art school) band Yachts. An early incarnation of the band supported Sex Pistols at Liverpool Erics club in 1976, days after the infamous ?Bill Grundy? TV debacle. October 1977, Yachts released cult single ?Suffice To Say? on Stiff Records.

1975
Moved to Liverpool?enrolled at Liverpool Art College??cut off hair, took in flares?

1984 ? 86
Having no outlet for composition within the It&rsquo;s Immaterial set-up, Henry continued to work with the band as a session keyboard player (including first TOTP appearance on the band's ?Driving Away From Home? hit) but ceased to be a full-time member, allowing more time for other ventures:
Began a collaboration with then film student (and fellow Hull City supporter) Mark Herman (who would go on to write and direct 1997's "Brassed Off" and 2008's ?The Boy in the Striped Pyjamas?) scoring the music for many of his films at the National Film and TV School at Beaconsfield (including student Oscar winning ?See you at Wembley, Frankie Walsh? N.F.T.S. 1986). Mark co-wrote lyrics for 3 songs on The Christians' debut album (see below) and this collaboration continues to the present day: Henry was commissioned to write the title song (sung by Roland Gift) with Mark for his 2004 film ?Hope Springs? (Minnie Driver, Colin Firth, Heather Graham, 2004), and Mark and Henry will be working on future projects together.
Summer 1984 joined Pete Wylie's group The Mighty Wah! for and worked with him throughout 1985 as engineer/musician on all the demos for his ?Sinful? LP. In 1985 Henry was introduced by Wylie's manager (and his future manager) Pete Fulwell to Garry, Russell and Roger Christian to work on a new batch of Henry's songs and by the end of 1985 The Christians began sending out demo tapes. The Christians signed to Island Records in the summer of 1986 and began recording their first LP.

1987 ? 94
The Christians released their eponymous debut LP (all songs written by Henry). The LP went on to spawn five UK Top Thirty singles and became Island records' all-time biggest selling debut album (triple platinum) with UK sales alone exceeding 1,000,000 copies. Further albums by The Christians were released : ?Colour? in 1990 (entered the UK charts at No 1), ?Happy In Hell? in 1992 (UK top 20 and gold status in France) and ?The Best Of The Christians? in 1994 (Gold in UK and France). The band spent most of 1994 touring in the UK, mainland Europe and Canada promoting the ?Best Of? album.
Despite a hectic schedule as a member of The Christians, Henry managed to find time to work on other musical projects including keyboard sessions on releases by The Lightning Seeds, Echo & the Bunnymen, It&rsquo;s Immaterial, Keziah Jones, and Ian McCulloch. And, of course, shared a vocal mic & a number one single with Paul McCartney on Hillsborough charity record ?Ferry Cross the Mersey?
Other bits of ?moonlighting? were as follows: In 1991 Henry composed the end-title song and some incidental music for the film ?Blame It On The Bellboy? (director Mark Herman, starring Dudley Moore and Alison Steadman, Hollywood Pictures 1991). In 1992 produced and played on two Ian McCulloch singles (?Lover, Lover, Lover? and ?Dug For Love?) from his ?Mysterio? album. Also in 1992, composed the soundtrack for a programme in BBC TV's ?The Natural World? series entitled ?Echo of The Elephants? which was released on BBC video in 1993. All music for the programme was performed and produced by Henry in his bedroom. In 1993 Henry spent a month in the studio as session keyboard player on the mythical ?stolen/lost? album collaboration between Ian McCulloch and Johnny Marr. In 1994 Henry co-wrote two songs for the ?Rise & Shine? album by Aswad (their biggest selling album in a 20 year career). 1994 also found Henry overseeing the building of a brand new home studio in North Wales, making him totally self-sufficient for recording soundtracks, song-writing and demos.

1995-2006
Much of early 1995 was taken up with more touring in Europe with The Christians, as well as writing what would have become the fifth Christians LP. But all this changed when lead singer Garry Christian decided to leave the band and embark on a solo venture. This ended up being a blessing in disguise for Henry, enabling him to diversify. Since The Christians initial "demise", Henry?
Co-wrote songs with st. etienne singer Sarah Cracknell for her debut solo album (released June '97). Played keyboards on Mercury Awards nominee Ian McNabb's album "Merseybeast"(released August 1996), and live work for The Mighty Wah!, with The Smiths drummer Mike Joyce? Devised, presented and produced ?Great Pop Moments?, a "Desert Island Discs"-type radio programme, commissioned by Liverpool independent Crash Radio, including interviews with Edwyn Collins, Johnny Marr and writer Jon Savage. Attended the (nearly) annual EMI Music song-writers' week at Huntsham Court in Devon, 6 times from 1996 onwards, where, over the course of the six visits, he wrote with other song-writers and artists from the UK, Eire and the USA, including Lamont Dozier, Cathy Dennis, Suggs, Kirsty MacColl, Graham Gouldman (10cc), Eleanor McEvoy, Esthero and Desmond Child.
?Dallied? in the Art world. Won a commission, along with his former Art college and ?Yachts? partner John Campbell, by the Bluecoat Art Gallery in Liverpool to construct an art installation for the gallery's "Vinyl Junkyard" exhibition, entitled "Baby '96". This installation won the Bluecoat Award, and gained favourable reviews from programmes as diverse as Radio 4's "Kaleidoscope" and C4's "The Big Breakfast"! Later in '96 the piece moved to a London Gallery, before the gallery was broken into, and the installation stolen?.?back to music, I suppose??
Due to the success of BBC TV's 1993 ?The Natural World? programme, the award-winning ?Echo of the Elephants? (see above) Henry was asked to write and record the music score for the sequel entitled "Echo of the Elephants, The Next Generation", which was broadcast in February 1996. This in turn lead to him being commissioned to compose more music for TV including BBC Wildlife on One's "Pygmy Chimpanzees, the Last Great Ape" (1997) and "Crowned Lemurs - Blade Runners" (1998).

Three different approaches to staying [sane?] in the music biz.
1/ Songwriting/Producing: Gained first taste of the charts as a producer in 2003 on Mark Owen's UK #4 hit ?4 Minute Warning??(unfortunately Mark was wooed to a major label, who scrapped the rest of an already recorded album, re-did it with teams of hot-shot producer/writers?.and it peaked at #48!).

2003, with writing partner Guy Batson, began writing and producing for singer-songwriter Marli Buck?recorded an album?she signed to Sony, who finally released an EP in 2006, then in 2007 decided to scrap the album!
Travelled to Toronto to co-write and produce tracks for Canadian hip-hop singer/songwriter Esthero's ?We R in Need of a Musical Revolution? (one song, ?Nearly Civilsed?, would be end up being used on a James Bond Xbox game).
Co-Produced and recorded album (and co-wrote songs) for UK singer-songwriter Amy Wadge. The album ,?No Sudden Moves? was released in 2005

2007/08 Fast forward to 2007:
?Henry Goes To Nashville??.accompanied by Amy Wadge, in June, travels to Tennessee for live performances at The Bluebird Caf? and Lyric with Amy, plus a weeks writing with Nashville artist Tia McGraff?nearly dies as log cabin in which they're staying catches fire!
Returns home revitalised by the US trip, with a renewed love of song, and lyrics?In September 2007 meets song-writer Tom Gilbert?.armed with inspiration from the Rough Trade ?Songwriter? series, & a boxset of The Kinks first 10 albums, and abiding by the ?Nashville rules? of 3 hour writing sessions for each song, the duo come up with ?Old? and ?Did I Fight in the Punk Wars for This?? and Henry is bullied by Tom into singing for the first time since 1981, whence they realise they have (much more by accident than by design) created something a bit special?.more writing sessions follow ?the songs just flow out?11 songs in 5 sessions, .including ? Grey's the New Blonde?, ?The Sacred Scrolls of Pop? and ?r.e.d.u.n.d.a.n.t (Don't you love me no more)??
Produced, recorded and performed almost entirely by Henry in his home studio (with odd guest performances from friends who can really play, sent over the ?net) the album has very much been done with a D.I.Y ethic (1977?), songs being thrown down with more attention to feel & honesty than technical ability & perfection.
Is offered the chance of his first ever gig as a solo artist, supporting 10cc at London's 02 Arena (Indigo) in May '08 which he accepts without hesitation, another ambition fulfilled! This is now to be followed by a support slot with Jools Holland at the Liverpool Summer Pops in July ?08
Stiff Records sign Henry as a solo artist (30 years after he last graced the label with Yachts), and the final piece of the jigsaw is now in place: ?It feels like coming home?
In late 2008, Island Records (home of Amy Winehouse and Sugababes) picked up Henry's album from Stiff making him at 53, the oldest ever artist to be signed for a debut solo album. The track Grey's The New Blonde has been playlisted at Radio 2 and was described as ?Grumpy Old Men set to music' by Johnnie Walker.

2009
With a tour running from January to April, and a new single coming out, 2009 looks set to be the year for our very own Grumpy Old Man.
A love of the great Pop music of the last 50 years permeates the whole album, entitled ?The Chronicles of Modern Life?.

The Chronicles Of Modern Life