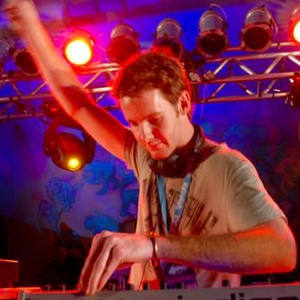 With a driven approach towards sculpting a new range of serious ?art-elligent' music, Headroom is catapulting his way to the realm of the non-forgettables. He has only been producing full time for just over a year, and is set to release his debut album with Nano in April 2008. Beating stereotype and predictability, there is a keen desire to attain a new level of conscious fullon trance highlighting Headroom as a worthy ?up and coming? must-see on this season's dance floor.

The release of his first single ?The future begins today', ?Network?, Nano Records 2005, amongst others has cemented him a place in the future of psychedelic music.

A dedicated work ethic and a commitment to producing a refined and collectable album, means that fans and music lovers alike have something to truly look forward to. Headroom has been djing for eight years but it has been his accelerated understanding of production that translates his personal signature sound on today's scene. Already Origins (S.A), Earthdance (S.A), Glade (U.K), Tribe ?6 Anos' (BR), Kaballah ?4 Anos' (BR), Mother ?S.O.S.' (JP), Antaris (GER) and Universo Paralello (BR) have caught on to Headroom's talents. With previous releases on Nano and various memorable live performances, ?ARTelligent? (Nano Records) is one album that will be hard to miss.

Head In The Clouds