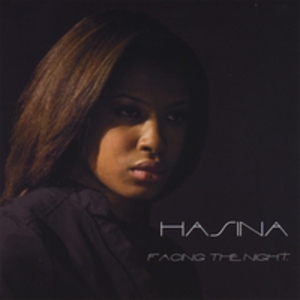 Believe it or not, the 60's rock 'n' roll era brought us the 70's disco and funk period, which in turn fashioned the 80's pop and early hip-hop scene. Surprisingly so, the transitory 90's stage was an artistic culmination of all of these genres. Now in the 21st century, where do we go from here? Many of us are sonically in search of music that we are able to identify with; which ultimately identifies us. A sound that's real....a sound that's relevant...a sound that lives...that is Hasina.

Fresh out of the studio after recording her 2nd CD, this Queens, NY native embodies the talent, diversity, and vision necessary to bring about another metamorphosis to the art we all hold so dearly to our hearts. Involved and in control of all of the elements of her career, this singer/songwriter/producer barely has any downtime. It's Hasina's songs that actually get to tell the story of her day to day. As a little girl, she made up her mind to make music her career and now has completely transformed that dream into reality. All her life she's been professionally trained in music and theory by teachers and professors; some of which are American Grammy Award winners. It's safe to say this artist is destined to go above and beyond those who generously showed her the key elements to their success. Whether behind the mic on stage or in the booth, this songstress' whole approach is taking chances. It's those chances that essentially make a singer cross-over into an artist. She has been depicted as an unforced, atmospheric vessel through which music flows. Of her latest CD, Facing The Night, one critic describes,"...a true statement of individuality and that's exactly the definition of what art is supposed to be. From track one, you know she is and really lives her lyrics." Hasina's time is now and she is ready.