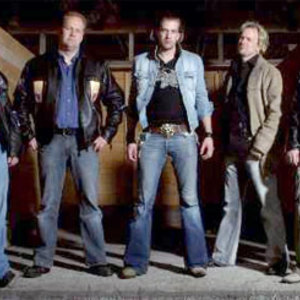 Grand Illusion is a Swedish AOR band. The band was formed in 1986 under the name "Promotion". They released two albums under that name. In 2001 they changed their name to Grand Illusion. Same year they released their first album, The Book Of How To Make It. It reached 94 of 100 in the rock magazine Burrn in Japan. After that they released three more albums, In The Beginning (a compilation of the two albums "Yeah, Yeah" and "Not For Sale" they had previously released as "Promotion"), View from the Top and Ordinary Just Won't Do.

Grand Illusion later collaborated with the vocalist of the heavy metal band ??-??II (SEIKIMA-II), ?????? (Demon Kogure) for his album GIRLS' ROCK. The band reunited in 2010, and they released one more album, Brand New World, gathering really positive review throughout the European press.

Grand Illusion - Live at the Ebell of Los Angeles

View from the Top

In The Beginning CD2

In The Beginning CD1

Book of How to Make It