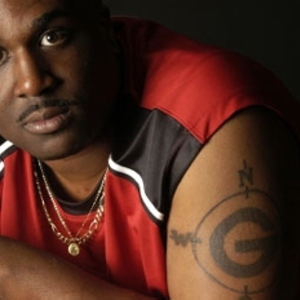 Gernado N. Abrams, the Floridian hailing from Jacksonville, FL this DUVAL native. This Floridian making continued strides in the industry with a national movement (Stop The Violence, Use Your Talents). With the constant rise of crime and murder in the community he feels that it is important to try and promote the use of talents instead of violence which will enable the youth to be productive and use their time wisely.

The Hip Hop community has seen its share of violence and now it's time to show the talent. This business man / artist / producer; has lost a few family members himself. A murdered cousin in 2002 then a brother in 2004 in the violent Florida streets.

In memory of both Gernado's cousin Rickie Abrams, and brother Thomas Abrams Jr. aka Psycho Versatile he is on a mission to use his talents and help somebody. Gernado feels that though his business has suffered the death of both co-founders and main artist entertainer he is more persistent than ever to accomplish success in the music business to become a leader and a HIP HOP icon.

Since a child Gernado has been a student of the art of music. While attending The School of the Arts, Gernado learned to play such instruments as the Drums, Trumpet and some Piano. He eventually graduated from The School of the Arts with a College Preparatory Degree. The degree bears a gold instrumental music seal that signifies his art. In addition, he also holds a Bachelor of Science degree in Accounting with a minor in Business Management.