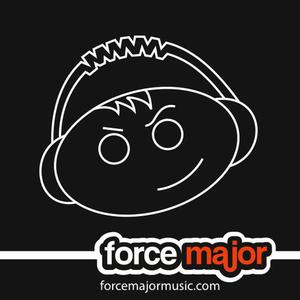 "Force Major" came to life in the spring of 2005 in Rockville, Maryland. Within several months, a full length album in Russian was recorded and released throughout the Russian community in the US. The band got recognition from Russian promoters, and were invited to open for top Russian Rock acts touring the US, as well as given the chance to participate in yearly Russian Rock festivals held in New York and San Francisco.

The bands performances established them a steady local and distant following and redefined their perspectives. Realizing that performing in Russian could only get them so far, FM decided to incorporate English material into their repertoire. Suddenly, in January 2008, on Alex's 18th birthday, the band was offered a record deal by DiverseCity Records (a new major label opening in DC). Immediately, due to personal differences, the lead guitarist left the band and the record deal fell through.

As a trio, FM re-evaluated their music, and a side from all problematic situations decided to continue their existence and pursue their dream. In March they were contacted by producer William Smith of Tyler Music Group, and invited to record a three song demo in Nashville, TN. With the demo, FM tapped into a new genre and got a fresh start. A new journey for three old friends has begun.

FM is described as a melodic mix of Eastern European melodies and progressions with American drive and power. Their live performances are full of flare and emotion and leave the crowd wanting more.