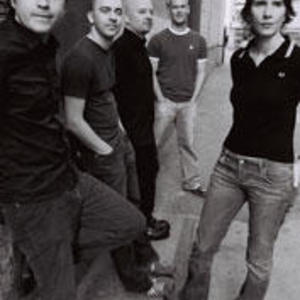 Sell Your Memories is the new full length album from the Los Angeles band, Fonda. Fusing together classic pop hooks and gracious, dream pop sonics, Fonda approach pop music's most celebrated subjects with a colorful, blissed- out, reverbed drenched kaleidoscopic wall of sound. It's a collection of sad love songs, dreamy crush stories and bittersweet break-ups. Emily Cook moved from London to Los Angeles to work in the film industry.

Emily Cook moved from London to Los Angeles to work in the film industry. A chance meeting with David Klotz on a movie set led to the friendship that would eventually form the band Fonda. Sharing a love for Farfisa organs and the musicals of French film director Jacques Demy, they recorded 1998's Music For Beginners EP. Pressing copies on their own, David and Emily spent their weekends driving to record stores to consign the 5-song disc. Their hard work paid off with the help of KROQ's legendary DJ, Rodney Bingenheimer, who played the track "Crazy Love", making it one of the top ten most requested songs on his show in 1999.

Later that year, David Newton, former member of Sire/Reprise artists, The Mighty Lemon Drops, joined Fonda after producing their debut album The Invisible Girl. With a host of friends filling in on bass and drums, Fonda self-released the album in 1999. It was embraced by college radio and peaked at #39 on the CMJ 200 Album Charts.
In 2001, Fonda released their 2nd album The Strange and The Familiar on Parasol Records. Soon after, Fonda's crafty pop sense caught the attention of Miramax Films, hiring the band to write and perform the end title song to Robert Rodriguez's 2001 Summer hit movie, "Spy Kids". Fonda's catchy "Spy Kids" anthem appeared on the film's soundtrack and was released as a single in Europe. It's still a current favorite on Disney Radio.

In 2003, Fonda recorded and released their third album, Catching Up To The Future. And then, as it always does, life gets in the way: career opportunities, mortgage payments, wine tastings, babies, etc. David Klotz continued writing songs and after an eight year hiatus, the band returned with the 5 track Better Days EP. The EP was picked up by Minty Fresh and given a re-release on vinyl at the tail end of 2011. David and Emily spent the following Summer completing 10 songs for their 4th full length album, Sell Your Memories to be released on Minty Fresh this coming January, 2013.

When not playing in the band, Emily Cook works as a screenwriter. Her credits include Ratatouille and Gnomeo & Juliette. David Klotz works as a music editor for the television shows Glee, Game of Thrones and American Horror Story.