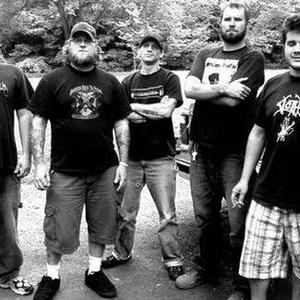 Fistula are stoner/sludge metal. They've had many line-up changes around the two key members Corey Bing and Bahb Branca and had disbanded shortly after the split with Burmese in 2004. Since returning in 2006 with the 'For a Better Tomorrow' EP, they've released two epic full lengths on Crucial Blast, namely 'Inverted Black Star' and 'Lessons in Lamentation', an EP and split and another two albums 'Burdened by Your Existence' and 'Goat'. Goat is due for a 2010 release.

Fistula will be releasing a 12" EP on Boston's PATAC Records called 'Loser' which should be out in September 2011.