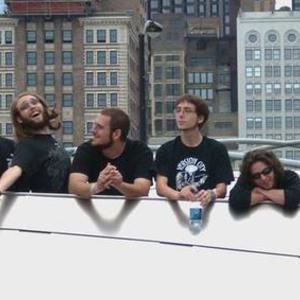 All of their releases are for free download at: www.communityrecords.org Fatter Than Albert has been throwing punches, exploding faces, and playing rock guitar since January of 2004. Pulling inspiration from their home town of New Orleans, the band has set out to challenge themselves musically and has created a unique blend of jazz influenced ska-punk music. They have displayed their energetic live show numerous times locally with crowds of over 400 in attendance. The band has also embarked on frequent out of state weekend performances, and has successfully completed three U.

. tours. In the process they have made an impressive impact on their hometown as well as nationally.

On July 14th 2006 the band released their sophomore record entitled "Erin's Runaway Imagination.? The album was a milestone for the band in that they had created an album that accurately reflects their distinct sound and explosive live performances. After touring behind the record and playing a series of local shows when returning home, the band has set a new goal for themselves, write as many new songs as possible. Fatter Than Albert is aiming to compose enough material to record another album and create the fire necessary to burn the venues down when they hit the road once again (prospectively) summer 2007.