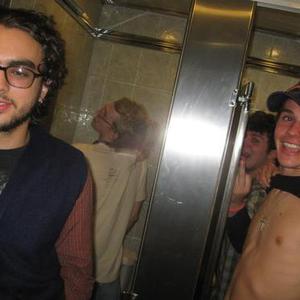 FASTIZIO was formed in 2004 by friends Michael McManus, John Hoblin and Matt Martello. Together the band lived and grew for a course of five years. In 2007, the band added guitarist Vin Benson and released their first album "The Under-Aged Blood Crusade" in November. With two tours under their belt, the band parted ways with Martello and Benson in early 2008. Bassist Joel Pixley-Fink joined up in late 2008 and the band played extensively in the New York City area for the remainder of the year into 2009.

In the summer of 2009, the band recorded a 3-song EP. Shortly after the recording, Pixley-Fink departed from the band. McManus and Hoblin, along with Exemption's Nicky Lee on Bass decided to continue on as El Rio Humano and release their EP, entitled "The Boneyard EP" in late 2009. They continue to play out as El Rio Humano.