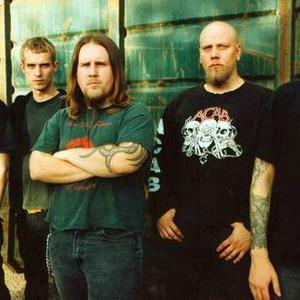 Facebreaker is a death metal-band formed in the summer of 1999 in Finsp?ng, Sweden. The band consists of vocalist Roberth Karlsson, guitarists Mika Lagr?n and Janne Ivarsson, basist and backing vocalist Jonas Magnusson and drummer Mikael Wassholm. Facebreaker started as an idea of a straight-forward metal act and in the autumn of 1999 the band began rehearsing. Jonas came to join the band after stopping by a rehearsal-session.

In the beginning of 2000 they booked a local studio and their first demo ?Use Your Fist? was recorded. In March 2001 they went back to the studio to record their second demo ?Hate And Anger?. The year turned to 2002 and instead of making a third demo they decided to send their latest recording to a bunch of record-labels. Within a week Rage Of Achilles offered the band to release their demo as a vinyl 7?. The deal also contained a release of one full-length album. A Rage Of Achilles compilation album called ?Conquest For The Empire? was out in April, featuring Facebreaker among with other new signings on the label. In September Jonas quit the band due to lack of time. Fortunately they knew a guitar-player named Mika and a line-up change took place. Their vinyl single ?Hate And Anger? was released in June 2003. In July the band entered Black Lounge Studios to record their first full-length album ?Bloodred hell?. ?Bloodred Hell? was released in the beginning of 2004.

Dedicated To The Flesh