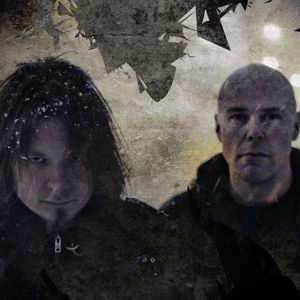 Rather, Evemaster takes certain aspects of death metal/black metal -- an extreme and totally over-the-top vocal style, very dark and troubling lyrics -- and combines them with an actual sense of melody and harmony. Musically, Evemaster owes a lot to '80s power metal and has been influenced by old-school headbangers like Iron Maiden, Judas Priest, and Queensr?che, but the sort of extreme vocals that lead singer Jarno Taskula brings to Evemaster certainly aren't something that one will find on Queensr?che's Operation: Mindcrime or Maiden's The Number of the Beast. In various interviews, Evemaster's members have been quoted as saying that although their lyrics are dark, they don't identify with the term black metal because they don't identify with Satanism and the Occult.

Evemaster was formed in Finland in 1996, when Taskula got together with composer/arranger Tomi Mykk?nen (who plays guitar and bass, and has been with another Finnish band called Shamos). Together, Taskula and Mykk?nen are Evemaster's co-leaders, and instead of being totally self-contained, they employed various session players and guest musicians on their late-'90s and early 2000s recordings. Evemaster first entered the studio in 1996, when they recorded a three-song demo cassette titled In Thine Majesty; subsequently, that demo was reissued on CD in Bulgaria by the small Topheth label, and in Portugal on Ancient Ceremonies. In 1998, Evemaster's first official full-length album, Lacrimae Mundi, was released on KTOK Records in Finland; the following year, Lacrimae Mundi came out in Poland on the AMP label. After doing some more recording in 2001, Taskula and Mykk?nen hoped that the Emerald Factory label would release their next CD, but it turned out that Emerald Factory was suffering from insufficient funds -- and so, the Finnish metalheads continued to shop their material and ended up working with Low Frequency Records. Evemaster returned to the studio in late 2002 and early 2003; between the recordings they had made in 2001, and the new songs, Low Frequency had enough material to assemble and release Evemaster's second full-length album, Wither. After coming out in Europe in 2003, Wither was released in the United States by Crash Music in early 2004. Unsatisfied with the original version of their debut, Evemaster recruited Children of Bodom drummer Jaska Raatikainen to help re-record the backing tracks. The results were issued in 2005 as MMIV Lacrimae Mundi. "

New songs have been in the making since the release of "Wither" but due to many different things the band has been otherwise sleeping in ice. Finally during the winter/early spring of 2008 it was decided that new material will be recorded for an album. Mykk?nen finalized the songs and in the beginning of June 3 days were booked in Drop Hammer Studios and drums were recorded. During the summer and autumn other parts will be recorded.

From Evemaster.net:
"The working title of the next album is "Newtopia". It is a concept album revolving around a dystopian dream or a fall of this one pitiful man...