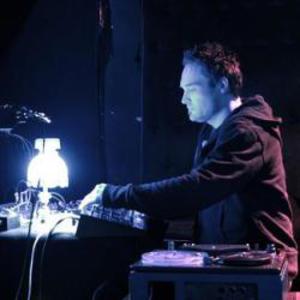 Elegi is the name of more than one artist. 1. Norwegian ambient. 2. Swedish post-punk. 1. An experimental dark ambient artist from Norway signed to Erik Skodvin's (of Deaf Center) Miasmah label. Formed in 2006 (?). Since "Knive" from Svarte Greiner (Miasmah boss Erik Skodvin), the world has been waiting eagerly for the next addition to the acoustic doom canon. Maybe fitting then, that it should also come from Oslo, as we all know that Norway is home to everything that is dark and all that is desolate.

1. An experimental dark ambient artist from Norway signed to Erik Skodvin's (of Deaf Center) Miasmah label. Formed in 2006 (?). Since "Knive" from Svarte Greiner (Miasmah boss Erik Skodvin), the world has been waiting eagerly for the next addition to the acoustic doom canon. Maybe fitting then, that it should also come from Oslo, as we all know that Norway is home to everything that is dark and all that is desolate. "Sistereis" is the debut solo release from Tommy Jansen aka Elegi, a man who besides crafting effortlessly mysterious Lynchian soundscapes, takes time out of his everyday life to go wreck-diving. For those of you unfamiliar with this sport, it involves diving into the deep sea to explore shipwrecks; empty maritime museums of lost life and forgotten history. This deep obsession is reflected in the album's title "Sistereis", which is a word used for a ship's doomed final voyage, a theme which is followed closely throughout the recording. It is hardly surprising then that Jansen, an experienced studio engineer and classically-trained musician, took his love of sound into the deep seas and while diving, made reel upon reel of waterlogged recordings. These passages of sound, which Jansen believes capture the ghosts of the shipwrecks, formed the basis of many of the album's tracks, and if you listen very closely, you hear the deep seas rumbling around you. Within the haunted piano melodies and scraping of damp wood, there are much deeper, much more frightening sounds to be heard - and using his personal knowledge of all things watery, Jansen has truly created the next chapter in the black book of acoustic doom. Where better to find influence for such music than the frightening world of forgotten souls that is the sea, and while the choppy blue expanse may have lent itself to many an album, there is something devastatingly original about Jansen's approach. Maybe it is down to his deep historical knowledge, or maybe it is down to simple compositional skill, but it is almost impossible to listen to Sistereis without being thrust into a blackened world of stormy waters and drifting bodies. A truly epic record which is sure to appeal to fans of Earth, Wolfmangler, Angelo Badalamenti and of course, Svarte Greiner, this is something for the darker nights. Turn the lights down low, make sure the windows are locked tightly and drift away - just watch out for that rolling fog - there's no telling what the seas might bring.

Norwegian composer Elegi (Tommy Jansen) returns with "Varde", the second installment of a trilogy on Miasmah Recordings. '"Varde" (trans. cairn: a pile of stones, used as a monument or marker), tells the story of the pioneer Polar explorers who risked their lives to go to some of the most hostile places on earth, to conquer land and to "triumph" over the elements. Inspired by this, Elegi's music explores the feelings those brave men must have felt, as they went into the unknown, well aware that they might never see their families again. Ice cold winds and blizzards, creaking ice, stormy waters, constant hunger, isolation, disease and death, provide the basis for the music, depicting the immensity and scale of these great white landscapes. Varde is an incredibly accomplished body of work, its natural progression of movements transporting the listener through cinematic soundscapes and evocative passages of intense, doom-laden, droning acoustic instruments. The eerie, underlying sounds taken from seemingly unrecognizable sources, add to the feelings of unresolved tension, and with them bring into focus the ambition of the compositions - the likes of which can be found in the later work of Scott Walker. The album's opening tracks, it could be suggested, recall aspects of the slow-build of Gorecki's 3rd Symphony, with the murk of Gavin Bryars' The Sinking Of The Titanic; a hollow-sounding and desolate part-composed/part-improvised harmony. A sorrowful solo violin emerging from the abstract ambience sets the tone for this journey, musically a reflection of the lonely voyager's terrain; something at once so utterly desolate yet so equally staggering in its awe-inspiring beauty. As the journey progresses, the compositions shift through the barren lands, instilling an array of emotions; despair and confusion, loss, hope and determination, always with a constant and unrelenting sense of movement forward. This time around, the artists garnered help from musicians he admired, to give the record an extra dimension, with violin, percussion, double bass and musical saw. Elegi operates in the area between composed and improvised music, building bridges between classical music and dark ambient drones and textures. His love for Victorian storytelling also shines through - imagine Edgar Allan Poe as a music composer and you might get an idea of what this sounds like.

2. Elegi was a Swedish new wave / post-punk band. They were active 1980-1982 and they released one selftitled LP. They are mainly known for their song "Mat" which can be found on a compilation called "Ny V?g".